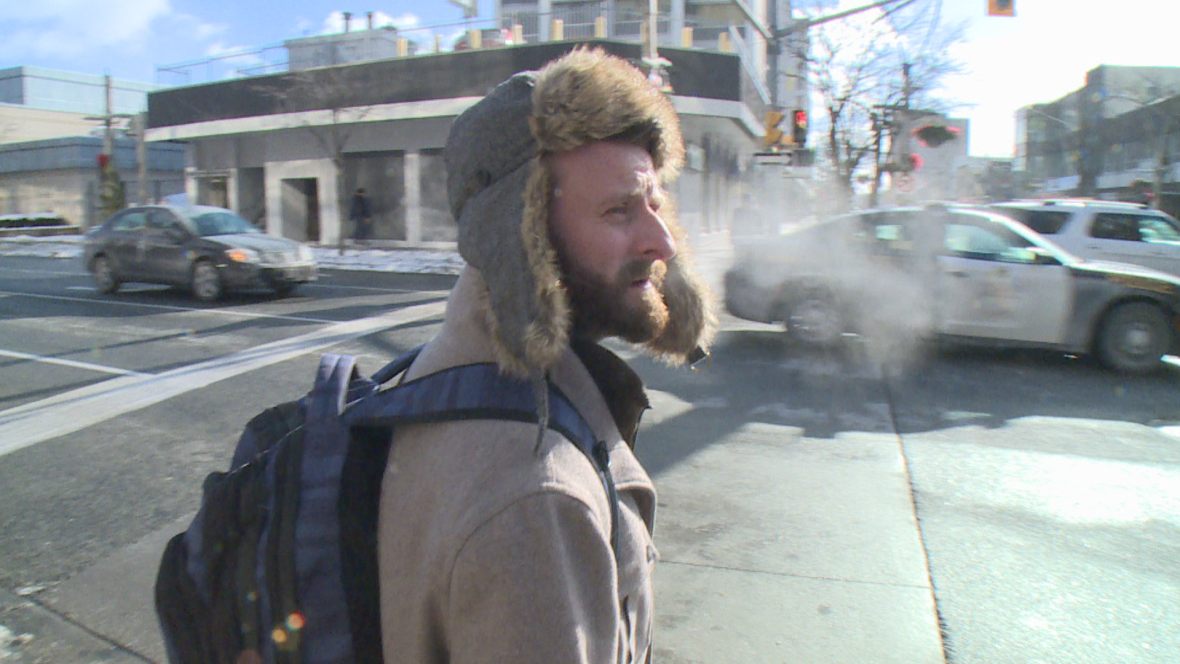 Colm Holmes walks the streets of Windsor with a blue backpack full of granola bars, Tim Horton’s gift cards and a couple pairs of gloves.

As the city’s only Outreach Coordinator focused specifically on homelessness in Windsor-Essex, he uses simple and sometimes surprising tools to help those living on the street.

Colm Holmes walks through downtown Windsor explaining how he spends his day.

“It sure is cold,” said Holmes, scanning Ouellette Avenue in search of people who may need help securing housing as temperatures dip below –30 C with the windchill.

His day starts with a review of files for people he’s connected with during the week, along with co-workers at Family Services Windsor-Essex.

By 11:00 a.m. Holmes likes to be out of the office and in the community, trying to connect the city’s vulnerable homeless population with agencies that can help get them housing, counselling or whatever else might help. 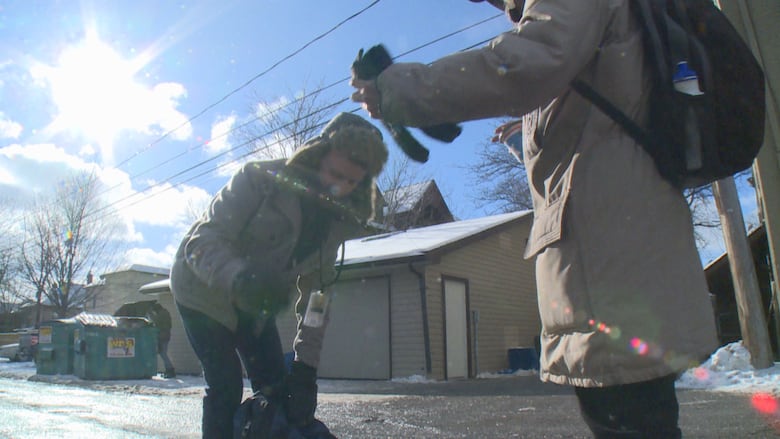 Holmes reaches into his bag to hand a man a pair of gloves outside of the Downtown Mission.

“I just kind of hit the streets, I’ll look through alleyways,” explained Holmes, who started his walk by checking out a spot under a Riverside Drive bridge where three people are usually camped out.

“I’ll just kind of engage people and let them tell me what’s going on with them.”

Holmes notices a heap of blankets on a corner where someone may have slept when it was warmer. Satisfied no one is out in the cold, he heads downtown.

Holmes, who said he deals closely with other outreach workers from non-profit groups in the city, may not be alone for long.

A line item in the City of Windsor’s budget includes $67,000 for funding to expand street outreach services. That money would be spent hiring a second outreach coordinator.

“We do need more people out there,” said Holmes when asked what it’s like to be the only tax-payer funded outreach worker in Windsor-Essex.

“In general the county is not getting the attention it could technically benefit from because of course I’m one individual.”

Some days are tough, admitted Holmes, but he hangs onto the success stories as an example of why the outreach model — meeting people with needs in the community instead of waiting for them to come to the office — works.

Since the program started three years ago, 205 people have been successfully housed by Family Services Windsor-Essex.

Colm Holmes explains how he handles the pressures of being the only city funded homeless outreach coordinator.

“Sometimes it’s just the little, little things,” said Holmes, who has met most of those 205 people out in the community during his rounds.

On the tough days, when he finds it hard to break through with some of the people in the streets, he thinks of the people who have found housing.

“Like a gentleman saying ‘I made toast today…because I could,” recalls Holmes. “That can really make sure that I know at least I was in the right place at the right time for that individual.”

During his rounds on Thursday, Holmes met someone new on the corner of Ouellette Avenue and University Avenue East. The man told him he needs housing.

“He’s kind of fighting the battle between staying outdoors and going to the shelter,” said Holmes. 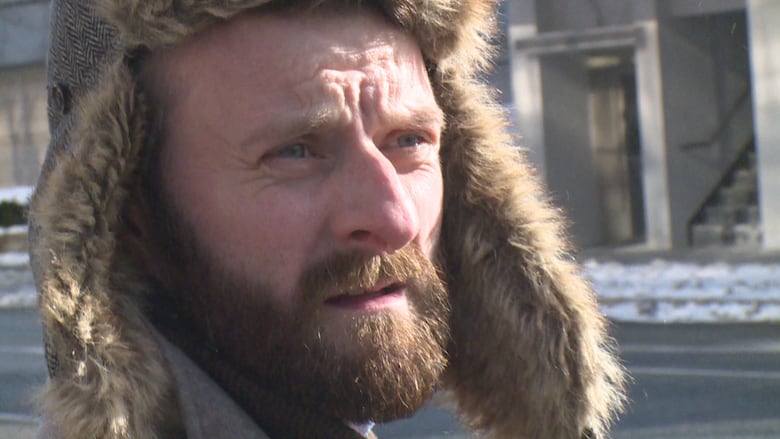 Holmes said that he thinks of the success stories of people who have housing now because of the program while he’s working with some of the city’s most vulnerable people.

The coordinator writes down a description of the man, where he saw him and what they talked about so the next time he’s out walking he can try to follow up on their conversation.

Holmes firmly believes a second outreach coordinator could really help the city’s most vulnerable people throughout the year.

“Even if it means two more people are off the streets in Windsor, it’s worth it,” said Holmes.

Click here to read the full CBC News article and watch Colm Holmes (FSWE Outreach Worker) talking about his work with people who are homeless.